Mike Dady has been a consistent advocate for North Delridge specifically in areas of land use and safety. He served on the North Delridge Neighborhood Council and is always willing to help direct neighbors toward the appropriate channels to get help through the city departments for things like landlord abuse or illegal dumping. 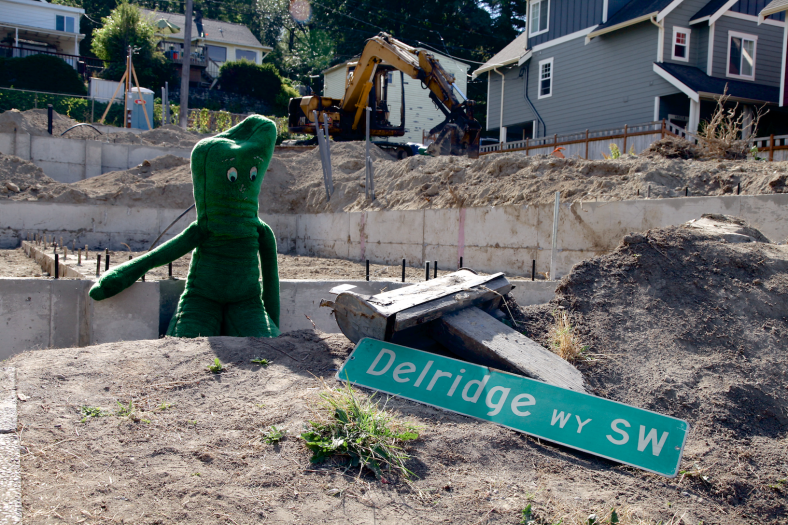 Why did you become involved in the North Delridge Neighborhood Council?

There was a land boom of development with outside interest coming into Delridge in the early 2000s. Some of them were trying to short-change people, not telling them what their property was really worth and that was troublesome to me. As the neighborhood was getting scraped of housing that outlived it’s purpose, so it seemed that it was important try to get some cohesiveness going on between how the new construction was going to work with the neighborhood for access, drainage and pedestrian improvements. A lot of the buildings that had been purchased would sit for months on end, and that’s when the gang would invade, set up camp and it was just not good. So, we worked with the city to get those houses boarded up. Leaving them vacant and unsecured was really bad. 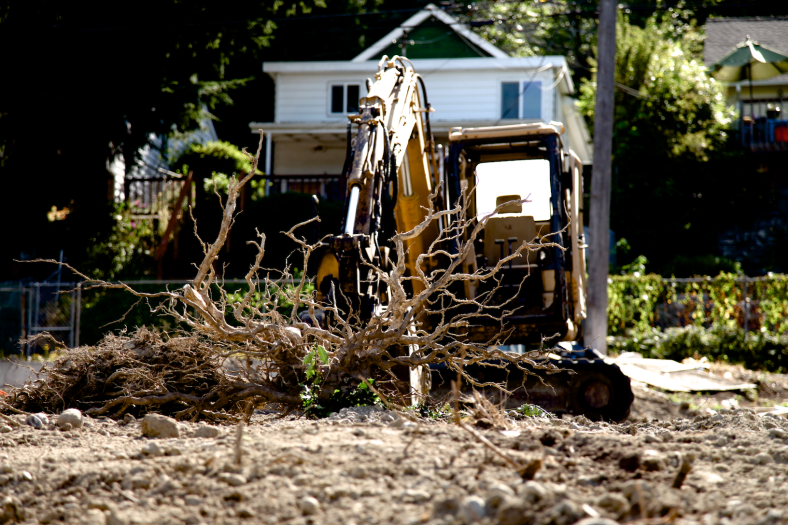 Let’s talk about this site of the Brown and Green house. When did you first meet the former resident, Danny?
I moved to North Delridge from Delridge ten years ago from near Sanislo Elementary. I met Danny a month or two after moving to this neighborhood.

It was a fall day and I saw this guy riding northbound on 23rd on a scooter, wearing an aviator cap and goggles. He parked right in the middle of the street as we started chatting, and I knew right away, I like this guy. As the years and weeks wore on, there was this contentious relationship between us. He had a tendency to attract some real problem people to his home. They were unscrupulous drug addicts that stole thousands of dollars from him.

They were meth addicts that were really good at stealing things from people’s yards. They would scrap metal, and he thought it was a legit business. It was kind of a fiasco. These people cleaned him out.

Some people wondered if he [Danny] was safe or not, and he was a diagnosed schizophrenic. We were assured he wasn’t dangerous, but I think people wondered because they didn’t’ understand him. He was an innocent, harmless individual. 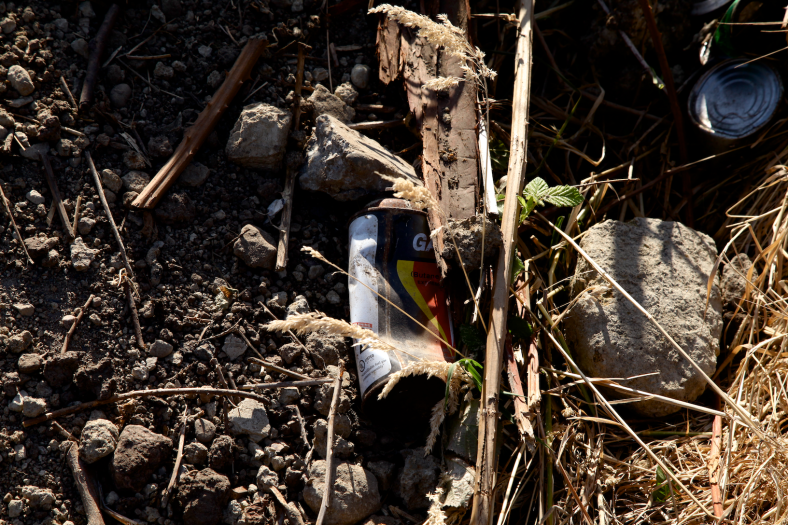 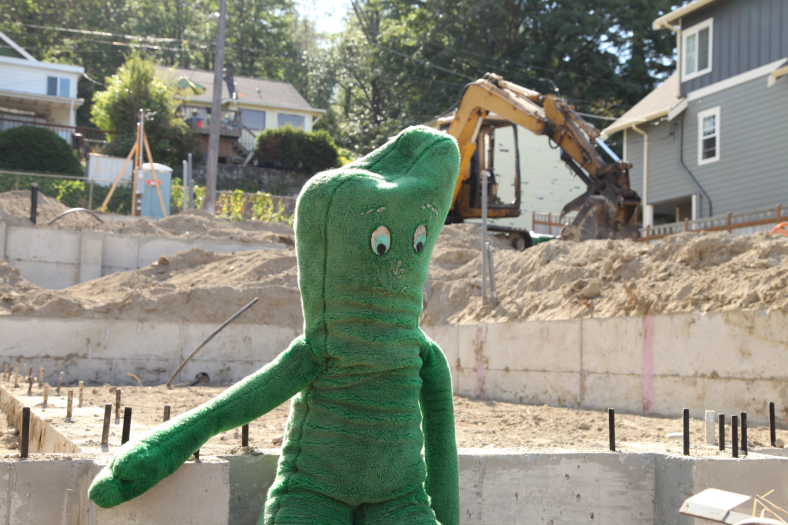 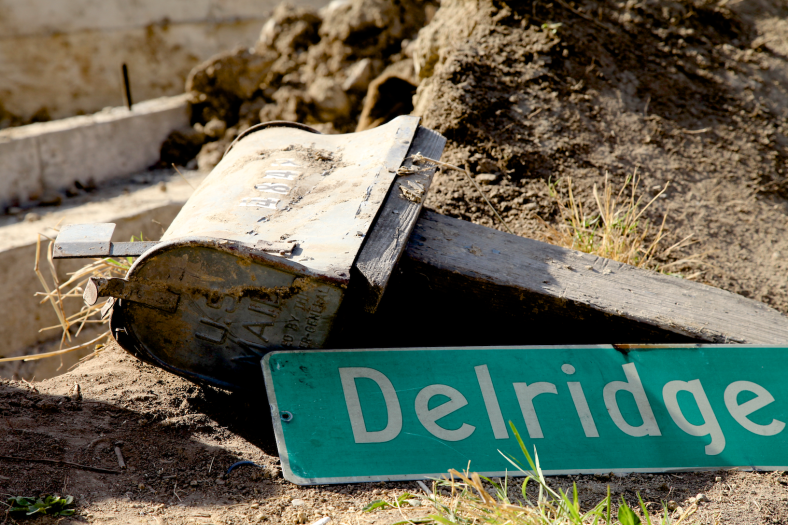 What do you think about this property now that he is gone?
Well, It’s heart breaking on one hand, and it was inevitable that it was going to happen. I’m glad to know that it sounds like his sister was able to strike a fair price for the family property.

Danny was kinda symbolic of old-time Delridge. How do you prevent a neighborhood from becoming totally sterile? Setting aside the criminal characters his property attracted, how do you keep it a place for everyone and keep it safe? In the end, the project went through a new streamlined design review. I’m very concerned about parking issues, drainage.

Note:
Danny had a thing for the color green. He painted his house green, and decorated with green things like this Giant Gumby. As construction began, Mike salvaged Gumby, and brought along an old retired Delridge Sign for our session. Coincidentally, his old mailbox was sitting on site during our photo shoot. Seemed fitting for a final shot of such a notorious home.

One thought on “An End To The Green and Brown House”